The Albert: An Eatery Ahead of its Time, Just Like Namesake Albert Einstein

The Albert isn't just a new restaurant in Chicago, it's part of a larger, futuristic hotel that just opened its doors in Streeterville. The hotel is called EMC2, inspired by Albert Einstein and named for one of his most famous discoveries. From robots delivering towels to your door to time-lapse videos that masquerade as standard pieces of decor, everything here is cutting edge — and that includes the in-house restaurant The Albert.

The two-story eatery is surrounded by books (approximately 12,000 of them), and it pays homage to namesake Albert Einstein by offering unique food and drink that's ahead of its time. For instance, there's the Piquant Martini, which forgoes actual olives in favor of Extra Virgin Olive Oil that slowly melts into the remainder of the cocktail. Pair your drink with chilled sweet corn soup with blackberry, coconut, and jicama or aged Rohan duck roasted with miso, XO Sauce, and cauliflower. 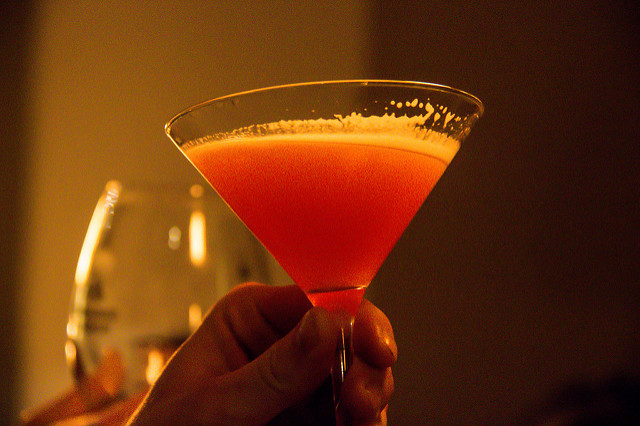